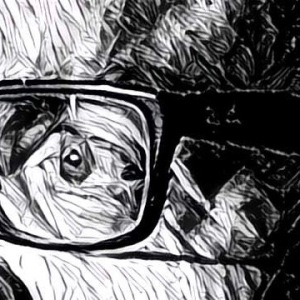 John Goodwin is a Professor of Sociology at the University of Leicester.

John joined the University of Leicester in 1991 having previously taught briefly at Loughborough University and within the Sociology Department at Leicester as a tutorial assistant. For over twenty years he worked in the Centre for Labour Market Studies (CLMS) (1991-2014). He (re)joined the Sociology Department in August 2014. John has a BSc in Sociology and Social Psychology from Loughborough and a Ph.D. from the University of Leicester. In 1999, he was a Summer Visting Research Fellow at the Policy Studies Institute, Trinity College Dublin. He is an Academic Fellow of CIPD, and he is a Senior Fellow of the Higher Education Academy. Between January 2006 and October 2010, John served for nearly five years as Head of Department for CLMS. John was also the Sub-Dean for Graduate Studies in the Faculty of Social Sciences from 2003-2006 and served as the first Academic Director for the College of Social Science between 2009-2010. He has served as an undergraduate external examiner at the Universities of Ulster, Limerick, Brunel, Hong Kong and the Dublin Institute of Technology. He is currently a member of the ESRC Capability Committee (2015 – )

John is a recognised expert on the life and sociology of Pearl Jephcott. He also has a significant interest in the works of Norbert Elias and C Wright Mills. He has expertise in qualitative secondary analysis, restudies, biographical methods and the use of unconventional data sources in sociological research. For example, the highly rated From Young Workers to Older Workers project uniquely combined secondary analysis with the tracing of past respondents for restudy. Together with Jason Hughes developed a figurational analysis of epistolary forms (see British Journal of Sociology) arguing that letters and correspondence offer a unique insight into the history of British sociology. Reflecting these methodological interests John has recently edited/co-edited three major works for SAGE – Biographical Methods (4 Volumes), Secondary Analysis (4 Volumes) and, with Jason Hughes, Documentary and Archival Research (4 Volumes), (2014). He is currently co-editing Contemporary Approaches to Ethnographic Research (4 Volumes) for SAGE with Jason Hughes and Kahryn Hughes (Leeds University).

John is a member of the Figurational Research Network. In 2014, John co-organised, together with Professor Jason Hughes, a major conference on the work of Elias held at the University of Leicester – From the Past to the Present and towards Possible Futures: The Collected Works of Norbert Elias. The conference attracted over 150 participants from 23 countries. He is currently co-organising the 9th International Conference on Social Science Methodology.

John is an experienced supervisor having supervised twenty-six research students (Ph.D./DSocSci), and well over well 200 MSc dissertations, to completion.